When i first blog about the Color Shifter Series back in 2009, never had i anticipated that the series will last this long. The series lasted for 5 years from 2008 - 2012 and with tons of difference feature introduced into the series. 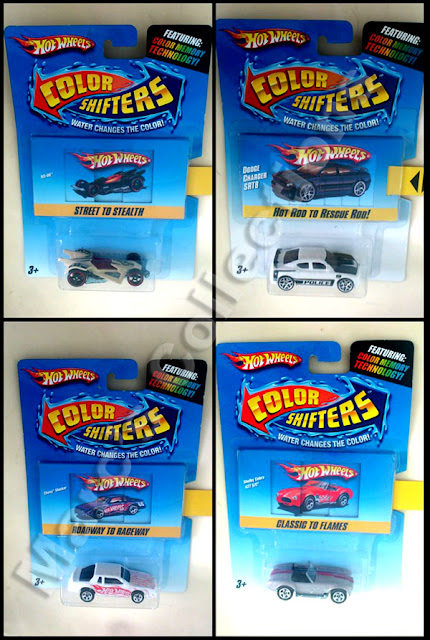 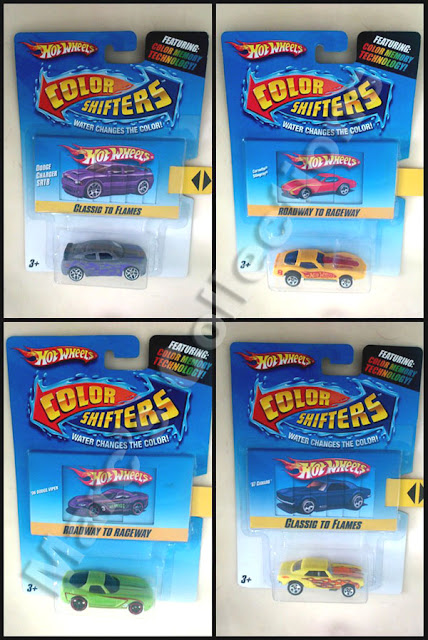 Some of the popular Casting use in the early Color Shifter series are
Dodge Chargers, Vipers, Corvette and Camaro 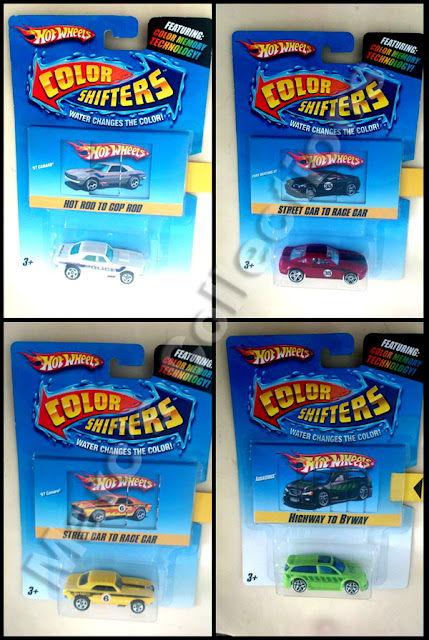 The 67' Camaro was used and feature in the Series up to 4 Times! 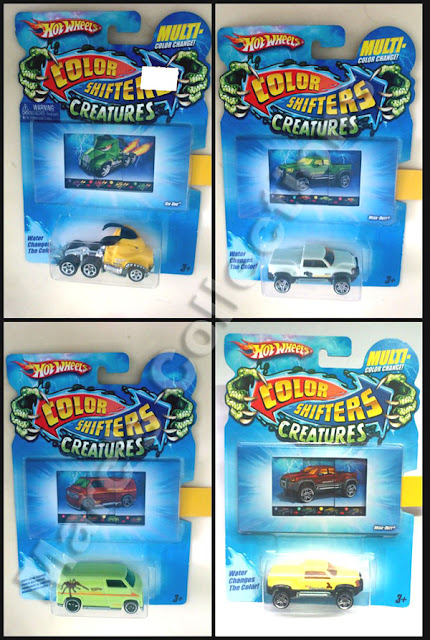 The CS: Creature re-introduced lots of the old Animal / Insects
casting from the Mainline. Also feature a 3-4 layer of color change. 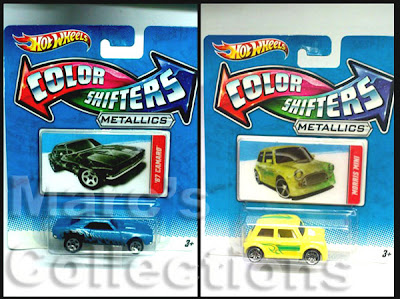 The CS: Metallics is one of the few new feature for the CS line. 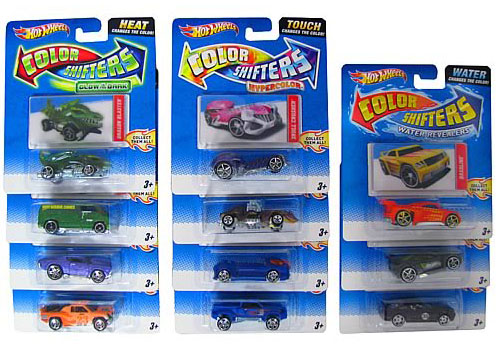 Other Newest Color Shifter feature available above
(GLOW in Dark, HyperColor and Water Revealer).
I personally really like those  Glow in the dark series and X-ray (Below). 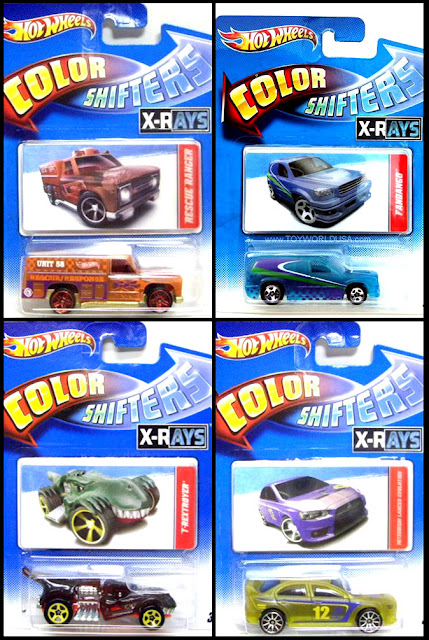 Sadly sales for this series is not that promising hence the cancellations of this line after 2012. I guess pricing pay a major point in products sales as well as casting used in the series. All in all it was a great series and i had manage to grab some very interesting piece for my collections.

Looking for in this blog....